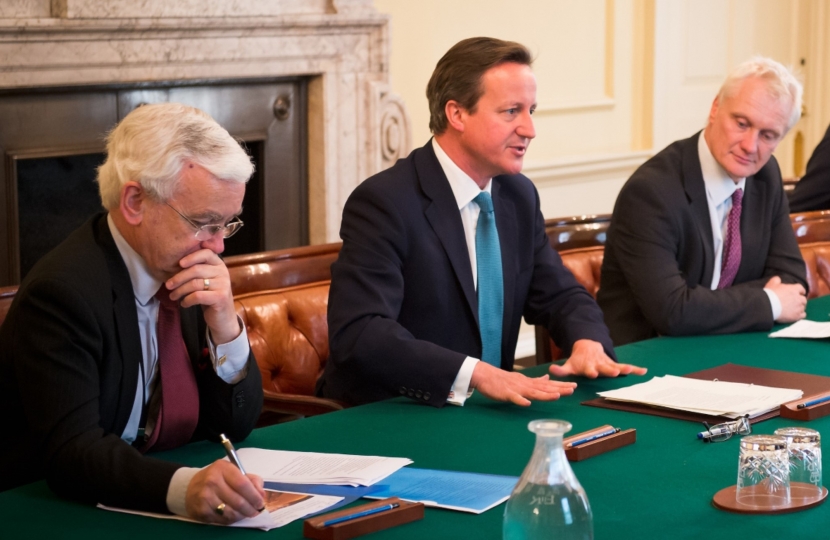 Graham set up the River Hull Advisory Board, which developed a strategy for the management and maintenance of the River Hull.   The board included representatives from The National Farmers Union, The Environment Agency, East Riding of Yorkshire Council, Natural England, The Internal Drainage Boards, Yorkshire Water and the local community.

Graham is also working with MPs from across the Humber region to secure additional funding to help protect local residents from the devastating effects of flooding and tidal surges. Along with 12 local authorities around the Humber, the Humber LEP and the Environment Agency; Graham helped ensure the creation of the Humber Flood Risk Management Strategy in 2008 – which can be found here.

The £45 million River Hull Integrated Catchment Strategy was adopted in summer 2015. The adoption of the strategy was reported here.

As well as implementing a strategic approach to managing the risk of flooding, the strategy has resulted in over £150 million of investment into flood defences. Because the risk of flooding can never be entirely removed, Graham continues to work with the Humber 2100+ partnership to better protect the tens of thousands of properties in the area that are at risk.

Humber 2100+ is currently putting in place plans to protect the area over the next century and will be running consultations on how best to shape this over the coming months and years so that it works in the best interests of local businesses and residents.

This follows on from the work during Graham’s chairmanship of The River Hull Board. The RHB brought together experts and local politicians on a cross-party basis to oversee the delivery of the River Hull Integrated Catchment Strategy.  Key aspects of the programme included removing sunken vessels to improve water flow, raising the river banks at key points and upgrading a number of pumping stations. The biggest project involved modifying the use of the Tidal Barrier in Hull.  Graham chaired the River Hull Board until autumn 2016, when it disbanded.

However, following further flooding in November 2019 and into early 2020, and continued concern from locals over the condition of the River Hull, and surrounding drains and pumping stations, Graham instigated the re-creation of the Board, which will once again bring together important bodies and flood experts.

Graham Stuart, MP for Beverley and Holderness, chaired a further virtual meeting with local farmers and representatives from the Environment Agency (EA), East Riding Council (ERYC) and the National Farmers Union (NFU) to follow up on the discussion they had in April about flooded farmland.

Graham Stuart, MP for Beverley and Holderness, is chairing a further virtual meeting this Friday with local farmers and representatives from the Environment Agency (EA), East Riding Council (ERYC) and the National Farmers Union to follow up on the discussion they had in April.

An East Yorkshire village is set to benefit from around half a million pounds’ worth of investment in an effort to prevent sewage flooding its streets.

Graham Stuart, MP for Beverley and Holderness, virtually met local farmers and representatives from the Environment Agency (EA), East Riding Council and the National Farmers Union to discuss recent flooding.   Graham initiated the meeting after he had been contacted by farmers in his constituency

Local MP for Beverley and Holderness, Graham Stuart, has appealed to Ministers in the Treasury to ‘look again’ at removing access to so-called ‘red diesel’ for bodies such as local councils, Internal Drainage Boards (IDBs) and the Environment Agency, who are involved in managing flood risk across

Graham Stuart, MP for Beverley and Holderness, has added his support to new Government plans to reward householders plagued by repeated floods with discounted insurance premiums if they install resilience measures in their homes.

£5.2 billion Government money will create over 2,000 new flood defences across the country by 2027 – protecting an additional 336,000 properties, including 46,000 ‘key sites’ like schools and hospitals.

Graham Stuart, MP for Beverley and Holderness, has welcomed the news that pumping stations at Hempholme and Wilfholme, located between Beverley and nearby Driffield, are set to receive £840,000 in Government funding to assist with their repair and replacement.

Graham Stuart, MP for Beverley and Holderness, is encouraging local people to respond to a survey that is asking for their views on tidal flooding.