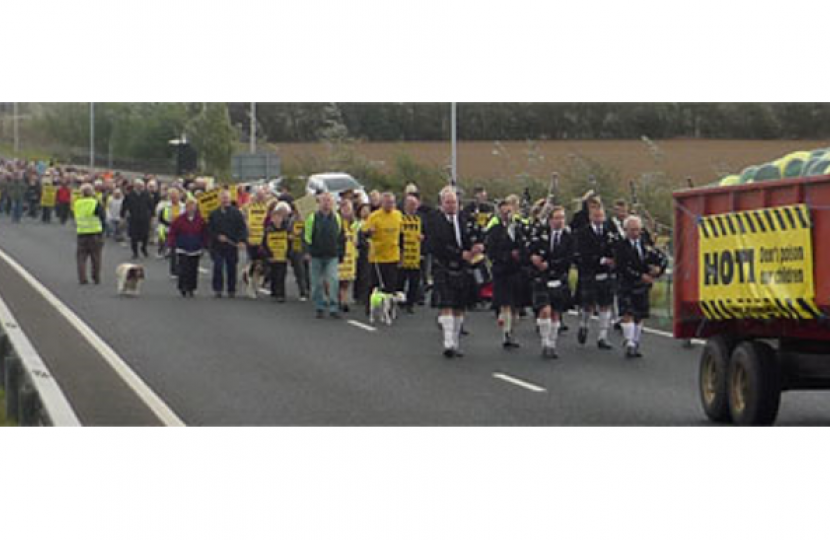 MP for Beverley and Holderness, Graham Stuart, today called on both the East Riding of Yorkshire and Hull City councils to give up their proposed Saltend incinerator plan and look at more high-tech solutions to waste disposal.

Just a week after hundreds of concerned residents took to the streets in protest at the planned incinerator straddling the border between the two authorities Graham said it was now time for them to look at using the very latest in waste technology.

He said: “The councils cannot ignore the feelings of so many people who marched in protest at the planned incinerator when there are patently viable alternatives.

“The current plan is effectively dead in the water and no more money should be wasted trying to resurrect it. Instead the councils should listen to the reasoned arguments of those who have been saying all along there are better, cleaner and greener alternatives to incineration.”

Graham, founder of Hull and Holderness Opposed to the Incinerator (HOTI), said the councils should be looking at methods such as gasification and anaerobic digestion.

He added more emphasis should also be put on encouraging residents to sort, reuse and recycle waste in a bid to reduce the amount being created.

“Residents are against the incinerator, the Government will not fund it – it really seems like a good time to go back to the drawing board and take a fresh look at how waste across the two authorities will be dealt with in the future,” added Graham.