Government urged to clarify the future of the Humber Bridge 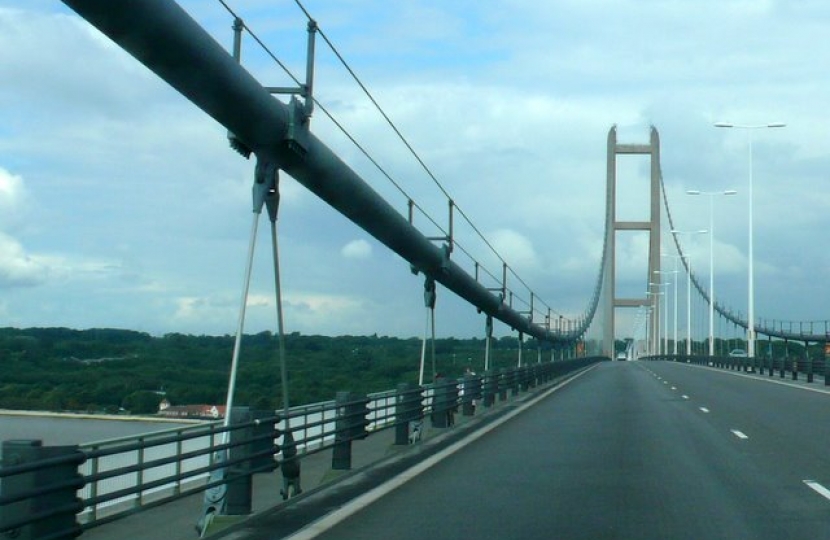 Beverley and Holderness MP, Graham Stuart, has today written to the Transport Minister, Sadiq Khan, to ask him what action the Government plans to take to plug a black hole in the finances of the Humber Bridge Board.

Last month Mr Khan rejected a proposed 20p increase to the cost of the Humber Bridge Tolls. The Board, which looks after the maintenance of the Bridge, said it is losing out on £100,000 a month as a result of the decision. If the Board cannot meet its debt repayments, taxpayers in Hull are legally obliged to make up 97 per cent of the shortfall.

Graham has urged the Minister, who he is due to meet in November, to rule out such a move, claiming it would place an ‘unfair and unsustainable financial burden on hard-pressed householders’.

Instead, he said, Mr Khan should state how the Government intends to help the Board with its debt repayments.

He said: “Everyone knew that if the Government rejected the proposed toll increase, the Board would be left in a difficult position. The Department for Transport now needs to come forward with some proposals for reducing the debt.

“Most people want to see the toll reduced to £1, to see if it has an impact on the number of people using the Bridge. At the very least the Government should launch an inquiry to look at all possibilities for reducing the debt.

“The status quo though is not an option – the Board needs to know where its future funding is coming from.”