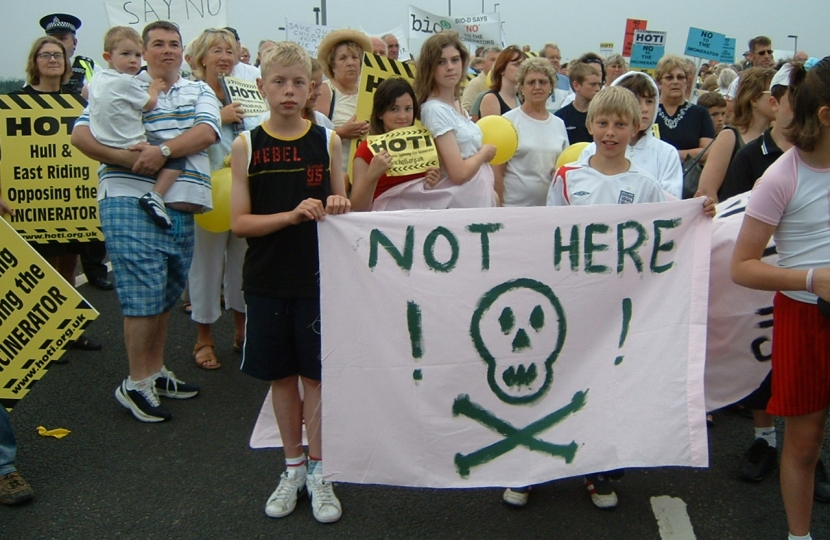 Graham Stuart MP has written to both the East Riding of Yorkshire Council and Hull City Council to advise caution against any future consideration of waste incineration.

The Beverley and Holderness MP said, “A number of years ago I founded ‘Hull and Holderness Opposing the Incinerator’ (HOTI) which fought a successful campaign to stop plans for an incinerator at Saltend.  I was really pleased that campaign was a success and the idea was scrapped.”

Graham continued, “The East Riding and Hull have made great progress in hitting recycling targets over recent years but I am concerned that their recent Joint Waste Plan Review has not discounted using incineration again in future – it’s inefficient, bad for the environment, and could cost the Councils money if they miss their recycling targets. I have written to both councils urging them to rule out incineration in the future.”

In addition to his communication with the councils, Graham has also co-sponsored an Early Day Motion calling on the Government to act to ban the incineration of recyclable or compostable waste.  The EDM can be found be found here: http://www.parliament.uk/edm/2012-13/383.