Graham Stuart MP backs better lives for those with Down Syndrome 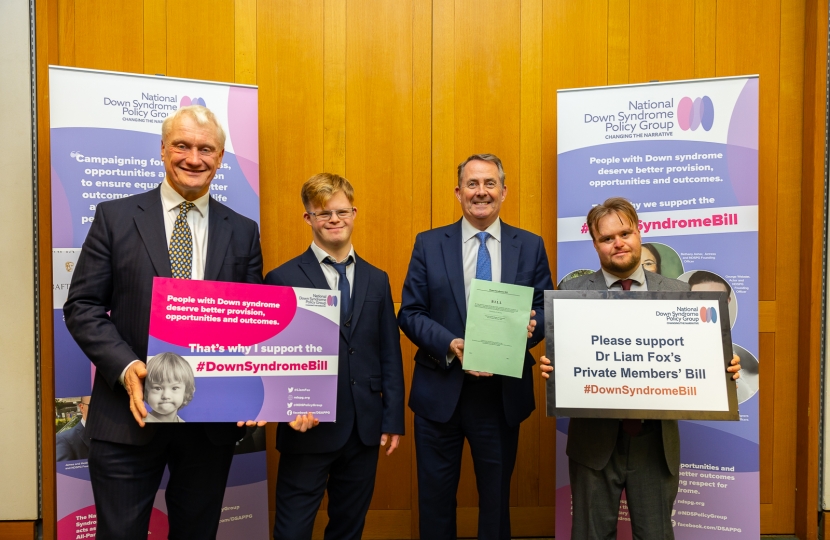 The Down Syndrome Bill will be debated and voted on this Friday. If passed into law it will help improve the understanding of the condition in education, health and social care settings, and make the relevant authorities more aware of their existing legal duties of care. It is hoped that doing so will improve outcomes for those living with Down Syndrome in England, particularly in areas like maternity care, employment and housing.

The Bill requires the Government to consult on, issue and publish guidance setting out what steps are needed to meet the specific needs of people with Down Syndrome. Relevant authorities would then have to take this guidance into account when planning, designing and providing services. The Government has also confirmed it is considering how people can seek redress where they don’t receive the support they’re entitled to.

Graham commented, “I’m delighted to support the Down Syndrome Bill, which will help to address the general lack of understanding about the condition. There are around 47,000 people with Down Syndrome in the UK, and so few are supported to lead full and prosperous lives.

“I’d encourage everyone to back the ‘Stand Up for Down Syndrome’ campaign to reinforce the message that this must be improved in the coming years.”

The vast majority of new laws are put forward by the Government, but 20 randomly drawn MPs in each parliamentary session are given the opportunity to bring forward ‘private’ pieces of legislation on Sitting Fridays. Dr Fox, a former NHS doctor and GP, decided to use this rare opportunity to bring forward the Down Syndrome Bill after being selected for the first time in 30 years as an MP.

Dr Fox said, “I am thrilled to bring forward a Bill to deal with the issues faced by those with Down syndrome. My aim is to deal with three main areas. The first is to destigmatise Down Syndrome. The second is to ensure that current provision of services is improved. The third is to look ahead and deal with future issues such as long-term care in an era where, for the first time, many of those with Down Syndrome will outlive their parents.”

Beverley and Holderness MP, Graham Stuart, has paid a visit to a local success story at Paull Boatyard to see some of its seafaring projects in action.