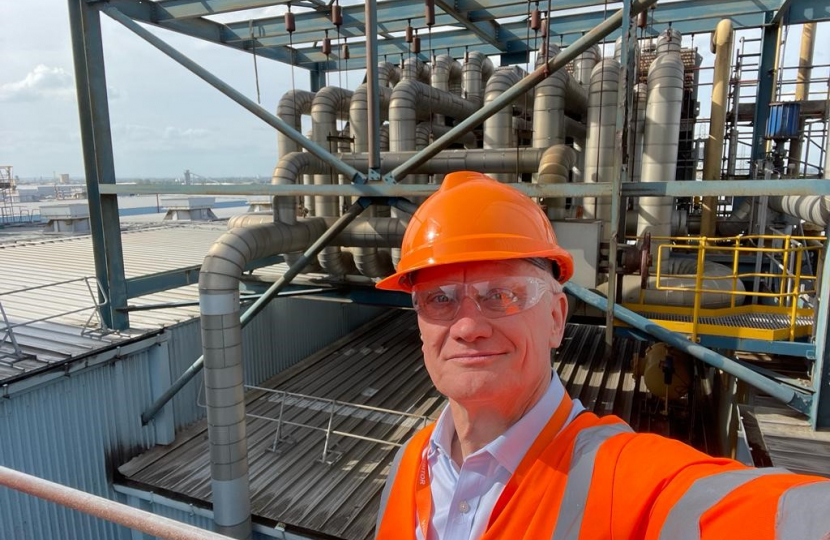 Located on the banks of the River Humber, Saltend Chemicals Park is home to a cluster of world-class chemicals and renewable energy businesses. It is where Equinor propose to site its 600MW H2H Saltend low carbon hydrogen production plant, which aims to be a first-of-a-kind hydrogen facility with Carbon Capture capability. Their proposals will allow industrial customers at Saltend and nearby to switch from fossil fuels to hydrogen-fuelled energy, reducing carbon dioxide emissions initially by nearly 900,000 tonnes each year as a result. It will also act as the kick-starter project for the wider Zero Carbon Humber scheme, which aims to create the world’s first carbon neutral industrial region by 2040.

H2H Saltend will now proceed to the due diligence stage of the Phase-2 cluster sequencing process to allow them to connect to the East Coast Cluster’s CO2 transport and storage infrastructure, with the intention of being operational in the mid-2020s.

Following the announcement Grete Tveit, who is the Senior Vice President for Low Carbon Solutions, Equinor, said: “It is fantastic news that the UK Government has selected to progress H2H Saltend to the next stage. This project will help decarbonise vital and carbon-intensive industries, preserve jobs and create new ones, as well as provide local supply chain opportunities. This further strengthens the UK’s position as a world leader in the energy transition.”

After being informed of the decision, Graham commented: “I am delighted that the Government has confirmed that H2H Saltend will proceed to the next stage. I look forward to seeing its progress as it helps to create new high paid, high skill jobs across the Humber with our region leading the way in the Government’s aim to make the UK Net Zero by 2050.”