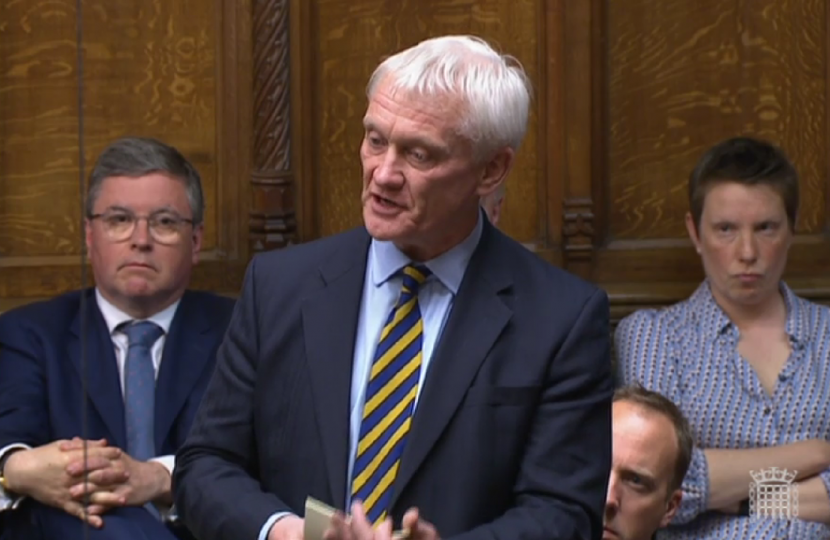 Beverley and Holderness MP, Graham Stuart, was honoured to move the Humble Address to Parliament today to mark the beginning of the new Parliamentary session.

The State Opening of Parliament took place today (Tuesday 10th May) to mark the formal start of the new Parliamentary session, which gave the government the opportunity to outline its legislative agenda for the 2022-23 session through the reading of the Queen’s Speech. Following the Speech, it is customary for there to be several days of debates to discuss its contents in both the House of Commons and the House of Lords. This starts with a speech which is delivered by an experienced backbench MP, known as moving the Humble Address, and this year Graham Stuart had the honour of being chosen to do this.

Today’s Queen’s Speech unveiled a substantial legislative agenda focusing on four key areas in particular: boosting economic growth and helping with the cost of living, making our streets safer, funding the NHS and tackling the backlog, and providing leadership in troubled times. Graham was particularly supportive of the Energy Bill, which will give the Humber the opportunity to be a global leader in the development of hydrogen and CCUS as part of the UK’s mission to achieve net zero and improve its energy security.

Following the Queen’s Speech, Graham moved the Humble Address in which he expressed his support for the government’s legislative agenda and gave advice to recently elected MPs and those considering a career in politics, including “never stop campaigning for what you believe in… and enjoy and value every department you work in, rather than seeing it as a stepping stone to the next thing…” He also spoke about his campaign to keep community hospitals in Beverley and Holderness open when he was first elected as the MP for the constituency, and the continued importance of supporting the people of Ukraine.

After moving the Humble Address, Graham said: “It was a great honour for my constituents and I to move the Humble Address at the start of this new Parliamentary session. The Government has unveiled an ambitious list of priorities for the months ahead and I look forward to scrutinising it and supporting it as these Bills go through Parliament.”

If you would like to watch the full speech then you can do so via this link: Graham Stuart MP Moves The Humble Address 10th May 2022 - YouTube