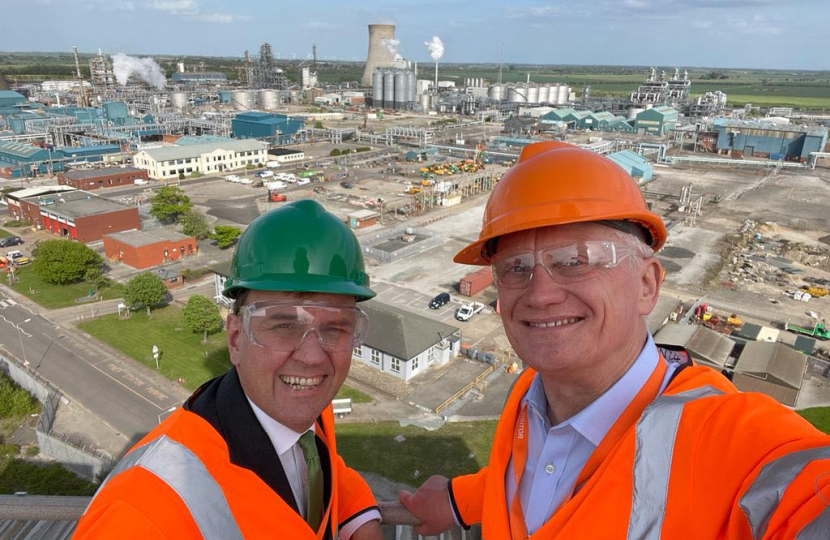 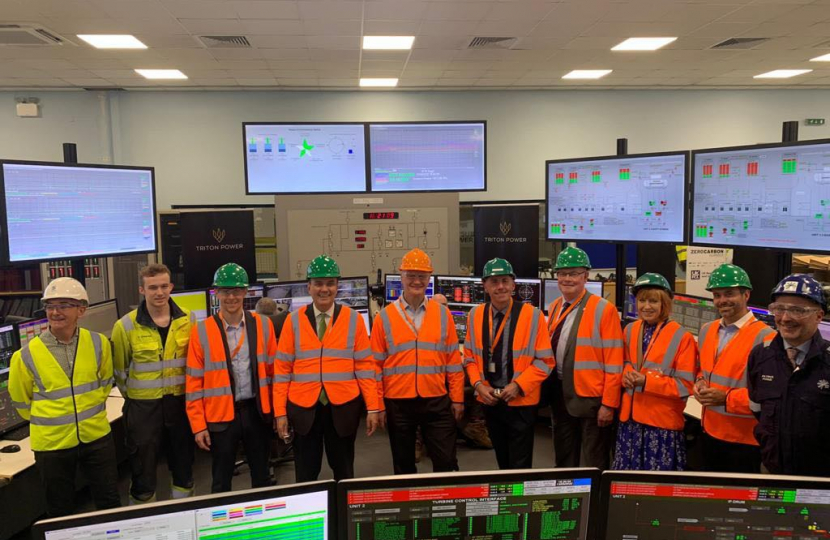 Located on the banks of the River Humber, Saltend Chemicals Park is home to a cluster of world-class chemicals and renewable energy businesses. It is where Equnior propose to site its H2H Saltend low carbon hydrogen production plant, which aims to be a first-of-a-kind hydrogen facility with Carbon Capture capability. Their proposals will allow industrial customers at Saltend to switch from fossil fuels to hydrogen-fuelled energy, reducing carbon dioxide emissions by nearly 900,000 tonnes each year as a result. It will also act as the kick-starter project for the wider Zero Carbon Humber scheme, which aims to create the world’s first carbon neutral industrial region by 2040.

During their visit to the site they learned about the trade and investment opportunities that the Humber Freeport presents and the low carbon opportunities that the Humber could utilise in the near future. This was followed by a walking tour of Triton Power Station and control room where they were treated to a wonderful view of the Humber region from the rooftop and a walking tour of Saltend Chemicals Park, where they met a number of the apprentices who are learning and training there.

Patrick Pogue, Group Director Growth & Innovation at PX Group said: “We were delighted to host Greg Hands and Graham Stuart along with senior leaders of East Riding and North Lincolnshire councils at Saltend Chemicals Park. It was fantastic to be able to show them around the site and share with them the exciting energy transition opportunities which are in the pipeline for Saltend and to introduce them to some of the exceptional young people who work in our business.”

After welcoming Minister Hands and having a tour of Saltend Chemicals Park, Graham said: “It was great to welcome the Energy Minister, Greg Hands, to Beverley and Holderness to showcase how many high paid, high skill jobs will be created by the Humber leading the way in the government’s aim to make the UK Net Zero by 2050.”