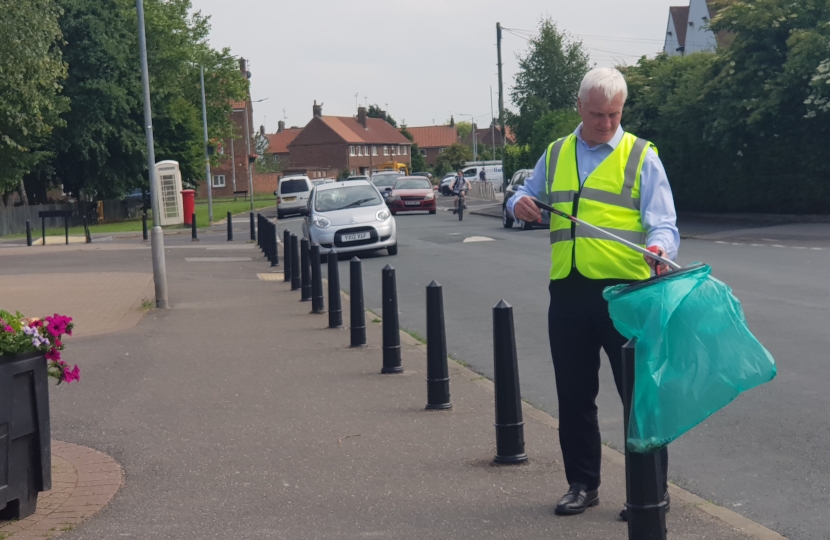 MP for Beverley and Holderness, Graham Stuart, has welcomed immediate action from East Riding Council to address playground vandalism in his constituency.

The improvements come after the local MP joined social action group the Wombles of Beverley on a litter-pick of Samman Road and Burden Road play areas, which was organised to pay thanks to Chair Paul Coe and all other volunteers who dedicate their time to tidy the green spaces in Beverley and the surrounding villages.

While litter-picking with the group around Burden Road Pay Area, which was strewn with broken glass from beer bottles, Graham was approached by local parents and told that the playground had recently become a hub for antisocial behaviour, with play equipment frequently vandalised as well as issues with litter.

Graham raised this immediately with East Riding Council’s Director of Communities and Environment, and it has now been confirmed that fast action has been taken to address some of the issues.

The recent rise in vandalism and littering has been reported to ERYC’s Antisocial Behaviour Team, who work closely with Humberside Police to proactively reduce the likelihood of further incidents, while a council team has cleared the football field of all discarded bottles, broken glass, and other litter.

Meanwhile, a metal coil, which appeared to have deliberately been placed to obstruct the path of the zipwire, and to prevent safe use, has been removed following the council’s visit.

Finally, the Beverley MP has confirmed that the council intends to carry out improvement works to the Burden Road Play Area, including repairs to the soft-surface ground covering and the replacement of some of the older equipment. This work will be completed later this year.

Graham commented, “It’s great that the East Riding Council responded so quickly to the concerns I raised on behalf of local parents. There is clear concern that the park is becoming unsafe for children to use, so the fact that the council’s antisocial behaviour team is working with Humberside Police to monitor and prevent future incidents is very welcome.

“On top of this, they’ve carried out some immediate work to get rid of the dangerous litter in the area and I’m delighted that they intend to make some more substantial repairs later this year.”