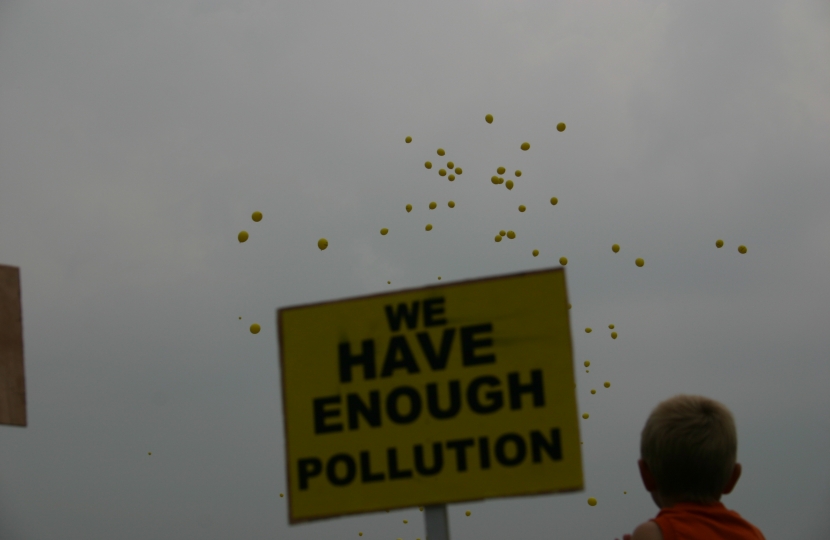 Graham Stuart MP has co-sponsored an Early Day Motion calling on the Government to act on a resolution which commits to banning the incineration of recyclable or compostable waste.

The Beverley and Holderness MP founded ‘Hull and Holderness Opposing the Incinerator’ (HOTI) in 2006, which fought a successful campaign to stop plans for an incinerator at Saltend. As evidence from Europe has now shown, using them to dispose of rubbish can have a serious effect on recycling rates.

Graham said, “Communities like ours all over the country have been opposing expensive, environmentally damaging plans to build incinerators. Figures from Europe reinforce that they are not the answer, as over using them can have a dramatic effect on how much we recycle.

“That this House notes: the European Parliament’s adoption by a large majority, on 24 May 2012, of a resolution on a ‘Resource Efficient Europe’, which commits to working towards a ‘zero waste’ strategy; the Parliament’s call on the Commission to bring forward legislative proposals, by the end of 2014, to ban both landfill and the incineration of recyclable and compostable waste in Europe, by 2020; growing evidence of incinerator overcapacity in the UK by 2015, which seriously risks harming recycling performance, as has already happened in some European countries; UK figures showing a steady and significant decline in residual waste since the middle of the last decade – even allowing for the economic recession – and rising recycling rates; the impact that these developments will have on the economic case for, and environmental sustainability of, mass-burn incinerators in the UK within a decade; and calls upon the Secretaries of State for the Environment, Energy and Climate Change, and Communities and Local Government, and the Financial Secretary to the Treasury to work together to examine how government policy can positively facilitate the pursuit of ‘zero waste’ strategies, and to report to Parliament on their findings as a matter of urgency, as many local communities across the country are currently opposing their local waste authorities’ costly, environmentally damaging and unsustainable plans to build mass-burn incineration plants.”