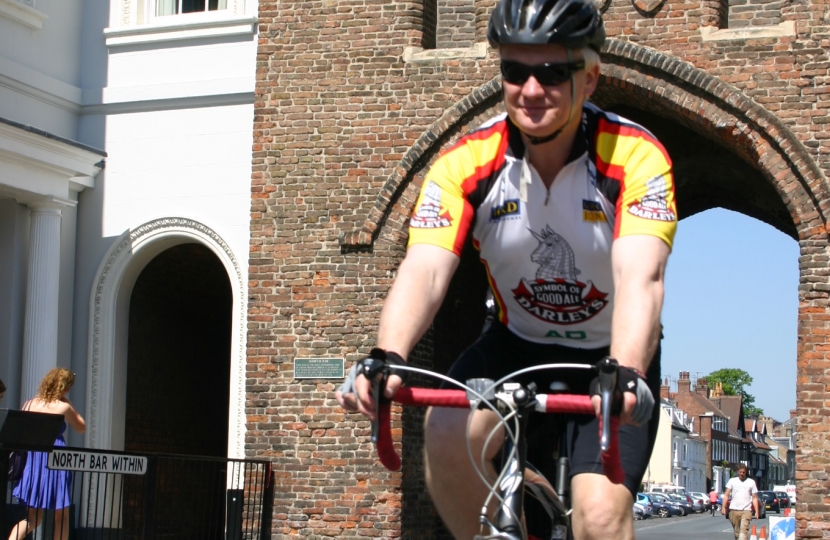 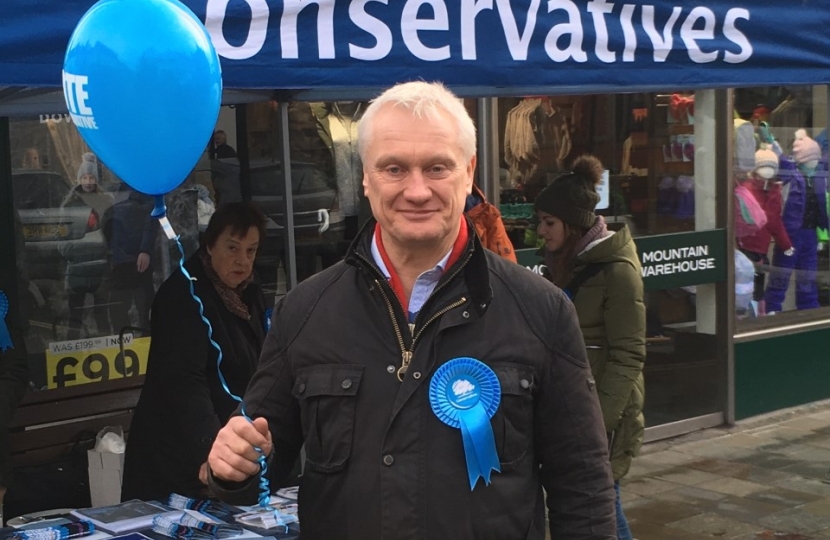 As well as being the constituency MP for Beverley and Holderness I was elected by the House of Commons to serve as Chairman of the Education Select Committee for the Parliament of 2010-15.  I previously served on the Conservative Party Board (2006-10).

I was born in Carlisle in 1962, and attended Glenalmond College before reading Philosophy and then Law at Selwyn College, Cambridge from 1982-85. I started my publishing business at the end of my first year at Cambridge. I have a wide range of interests from football to economics, climate change to motorcycling, rural affairs to punk rock. I am a keen cyclist and have taken part in triathlons, and am often seen cycling to appointments and street surgeries in the constituency.

Following the election of Theresa May as Prime Minister in July 2016, I was appointed a Government Whip with responsibility for the Department of Health and the Department for Culture, Media and Sport. After the subsequent election in June 2017, I was made a Government Whip with responsibility for Her Majesty’s Treasury. From January 2018 until September 2021, I was Parliamentary Under-Secretary of State at the Department for International Trade, covering investment into the UK and then promoting UK exports. In January 2022, I was appointed as a Trade Envoy to Vietnam, Cambodia and Laos; giving me responsibility for building on existing relations between Britain and these three countries. In July 2022, I was appointed as Minister for Europe at the Foreign, Commonwealth and Development Office. As of September 2022, I am the Minister for Climate and attend Cabinet.

I am immensely proud to represent the people of Beverley and Holderness. I work actively on local and national issues in Parliament and cooperates closely with local Councillors on behalf of my constituents.

My first task on election in 2005 was to fight the Labour Government’s plans to close all NHS beds in the Beverley and Holderness constituency. The government had announced the closure of Beverley, Hornsea and Withernsea community hospitals leaving local residents, and particularly the elderly, at risk. I led marches in all three towns and then founded CHANT (Community Hospitals Acting Nationally Together), a national, cross-party pressure group to campaign for community hospitals. I led repeated delegations to meet Ministers, broke the record for the number of petitions presented to Parliament in one day, organised a rally addressed by David Cameron and Boris Johnson and eventually persuaded the Government to u-turn and announce additional funding for community hospitals and services. As a result the Primary Care Trust gained funding to build a new hospital in Beverley and maintain beds in Withernsea. I continue to meet regularly with the local NHS bosses to preserve health services for the local community.

I also formed HOTI (Hull and Holderness Opposing the Incinerator) in 2006 to bring together the whole community to argue for alternatives to the planned 240,000 tonne incinerator at Saltend, near Hedon. After various successful interventions by HOTI the Hull and East Riding Councils eventually accepted the need for a new approach.

During the devastating floods in 2007 I toured the constituency, met many displaced families and then campaigned hard for improvements to local defences and changes to the way government and the Environment Agency carry out their responsibilities. In addition I served as Chairman of the East Riding Health Action Group and the founder of the Beverley and Holderness Business Forum.

Recognising the damaging effects of high tolls for the Humber Bridge, I persuaded the then Shadow Chancellor, George Osborne, to promise a Treasury-led review of the tolls if the Conservatives gained power. This concluded in 2011 and led the Chancellor to announce a £150 million reduction in the debt attached to the bridge during the Autumn Statement in which he acknowledged my longstanding campaign.  I have also campaigned successfully for a new southern bypass for Beverley and for improvements to the A164 and the A1079.

My interest in climate change saw me join the Environmental Audit Committee from 2006 to 2010 and also saw me serve as the Chairman of GLOBE UK in the House of Commons and as Chairman of GLOBE International, positions I held until July 2016.

I joined the Children, Schools and Families Select Committee in 2007 and was elected as Chairman of the Education Committee after the General Election in 2010, a role I relinquished in 2015.

In January 2012 I launched the Rural Fair Share campaign to fight for a more equitable share of government funding for rural communities.

During the first year of the 2015 Parliament, I served as the lead Parliamentary spokesman for the F40 campaign, which campaigns for fair school funding.  During this time the Government confirmed that a new national funding formula would be introduced from 2018, which would be calculated objectively based on pupil need rather than historic political choices.

I am currently pushing through my CADEY campaign to raise awareness of life-saving Public Access Defibrillators, and my ambitious aim is to see these devices available in every community and, eventually, on every street corner – initially in Beverley and Holderness and, in time, nationally.

I got the good news in October 2019 that my pressure on Ministers to bring £3m of ERDF funding to Withernsea had been successful and the southern end of town now has 70,000 tonnes of rock armour protection from coastal erosion.

Come and say hello to me at my fortnightly informal street surgeries in the constituency’s four towns. I also welcome calls, letters and emails to my office, the contact details for which can be found below.

You can also sign up to my e-newsletter which will allow you to keep up to date with all the local campaigns I am involved in.

In the meantime, keep visiting www.grahamstuart.com for all the latest news.

For information about my expenses please visit http://www.parliamentary-standards.org.uk/SearchFunction.aspx