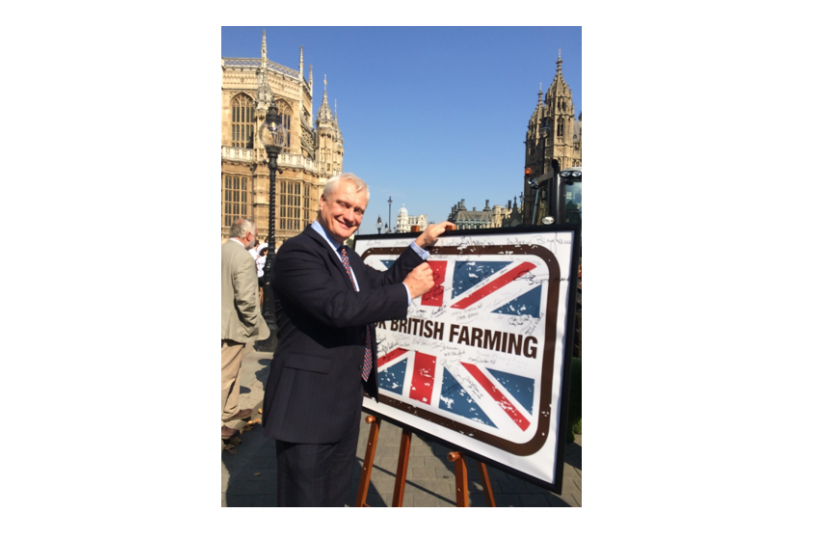 MP for Beverley and Holderness, Graham Stuart, has thanked pig farmers in his constituency for their hard work to make him aware of the litany of problems facing their industry, including labour and CO2 shortages.

Across the country, the industry has been experiencing workforce shortages of approximately 10-15%, while a reduction in exports to China thanks to Covid-19 outbreaks at processing plants has compounded problems as repurposing pigs for the domestic market requires significantly more butchery.

After being contacted by local farmers to highlight the issues they’re facing, Graham was able to take up their case with both the Home Secretary, Priti Patel, and the Environment Secretary, George Eustice, to appeal for special measures to ease the situation.

Since then, the Government has announced a raft of measures, including temporary 6-month visas for pork butchers and a holiday on the levy which pig farmers and producers are normally required to pay. The Government has said that this levy holiday amounts to savings of just under £1 million for the sector.

Graham commented, “This is really welcome news for local pig farmers and I’m pleased to see that the Government has reacted to the industry’s concerns after I raised my constituents’ concerns with the Secretaries of State.

“Allowing more pork butchers to work in the UK on temporary visas will help us to mitigate some of the shortages we’ve been seeing in the short-term, while we continue to work with the industry for long-term solutions through things like better training offers, career options and wage increases, as well as increasing investment into better technology.”

The Government has also announced a ‘storage aid’ scheme, which enables processors to place non-butchered pig carcasses in frozen storage for up to six months in order to ease some of the immediate pressures while continuing to meet food safety standards.

The industry is also being supported with longer working days allowed, while the Government is working with the Agriculture & Horticulture Development Board to support the businesses which have been delisted by China as a result of Covid-19 outbreaks.

Graham added, “There’ll be plenty of hurdles still to overcome as we deal with the global issues caused by the pandemic, but I think the Government has shown it’s prepared to step in and act where it has to. I’m always ready to raise issues with Ministers on my constituents’ behalf as well, so I’d like to thank the farmers in my constituency who took the time away from their busy schedules to arm me with the information I needed to go to the Home Secretary and Environment Secretary and appeal for support.”