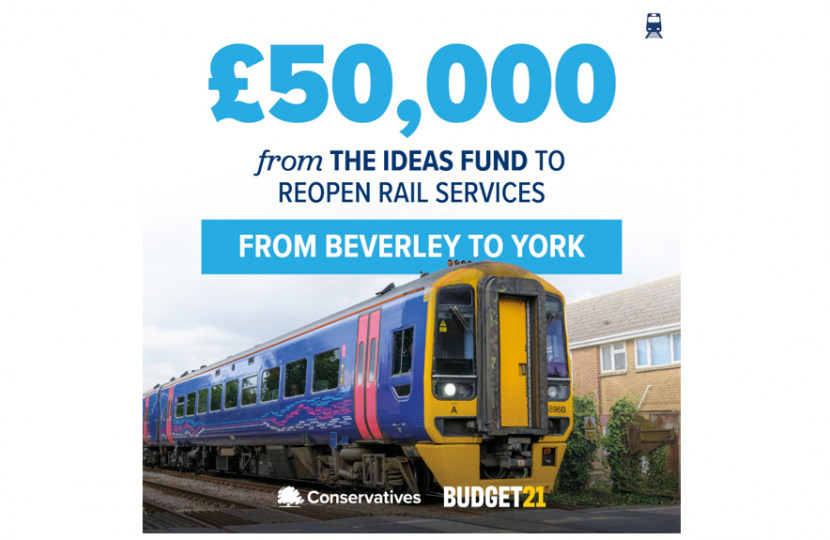 The bid, sponsored by Beverley and Holderness MP Graham Stuart, will now receive support from officials at the Department for Transport as well as funding for 75% of the cost of creating a business case, up to a maximum of £50,000.

This business case is the first step towards developing more detailed proposals, which may lead to the Government and the private sector providing financial support for the delivery of the project.

The bid is one of 89 submitted during the third round of the fund, and one of almost 200 across all three rounds so far. Before today, only 25 bids have been given the go-ahead after being analysed by an expert panel including the Rail Minister, Chris Heaton-Harris, and Sir Peter Hendry, the Chair of Network Rail.

Commenting on the success, Graham said: “This is fantastic news for the local area, and although this is only the first step it demonstrates there is recognition of the benefits this project could bring. 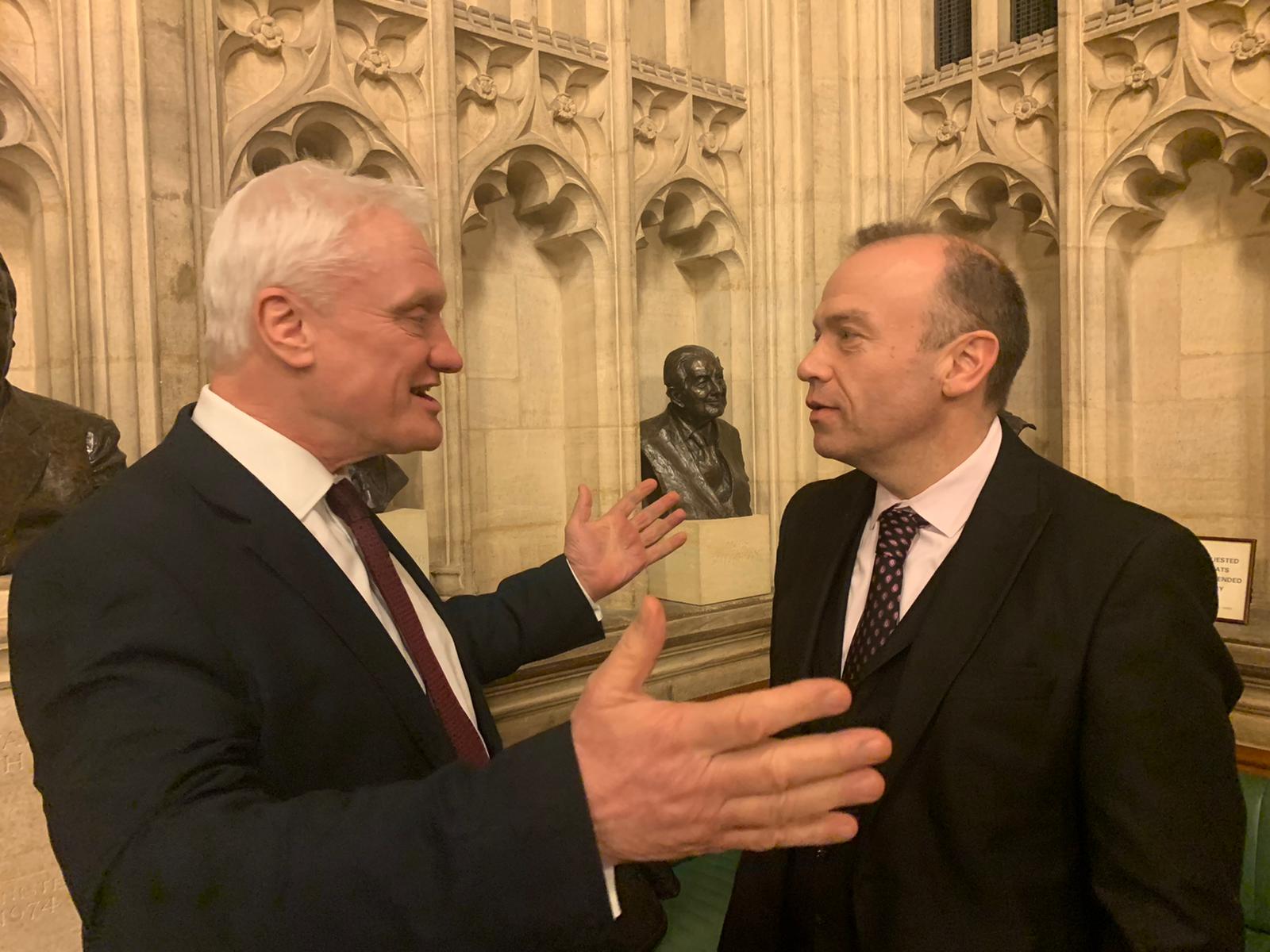 “If we were in the South East, there’s no way that two cities as important as Hull and York wouldn’t have a decent rail link to help boost tourism and make it easier for commuters to get into work. It’d give my constituents in Beverley and Holderness more frequent services into the city centre and let them travel westwards without having to change at Hull.

“Of course there will be kinks to work out, some people who’ll benefit from the scheme more than others, but that’s what the feasibility study and business case is for: to iron these out.

“We’re lucky to have the cross-party support of local MPs and councils along the length of the line and I will be looking to build on this support as work progresses.”

The bid is also being supported by the international engineering firm AECOM, who have been brought in to advise on the line of route. AECOM have also been involved with the redevelopment of the Northumberland Line, connecting Newcastle and Ashington via Blyth.

Hull and Beverley are linked with Market Weighton, Pocklington, Stamford Bridge and York by the increasingly congested A1079. The Minsters Rail Campaign believes that the former 32-mile Beverley to York “Minsters” rail line (closed in 1965), should be reinstated.