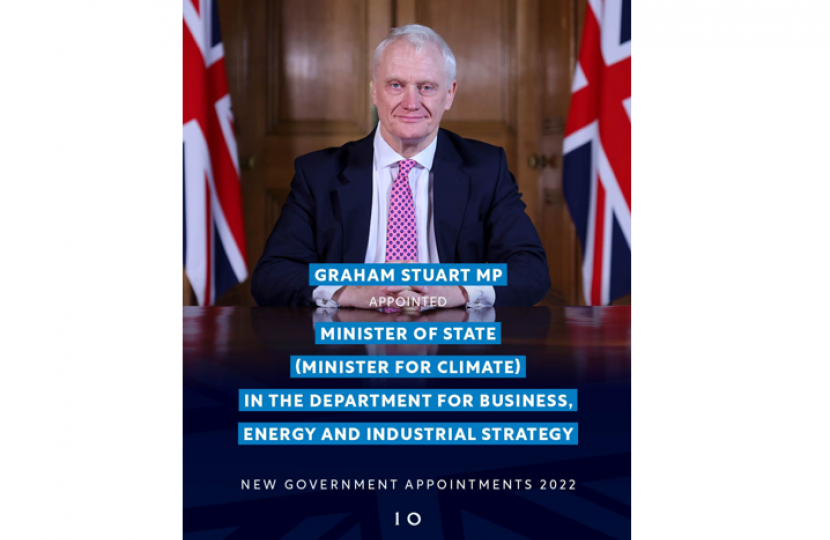 Graham Stuart, MP for Beverley and Holderness, has been appointed as Minister for Climate at the Department for Business, Energy and Industrial Strategy and will be attending Cabinet.

Prior to this new role, Graham was Minister for Europe responsible for strengthening relationships between the UK and other European countries in a range of areas, including investment and security. He has also been Parliamentary Under-Secretary of State at the Department for International Trade, covering investment into the UK and then promoting UK exports.

Following his appointment, Graham said: “I am honoured to have been appointed as Minister for Climate. It is vital that under this climate-friendly Conservative Government the United Kingdom continues to drive forward progress in combating the chronic danger of climate change and I look forward to working with my colleagues in the department and around the world to champion this important issue.”