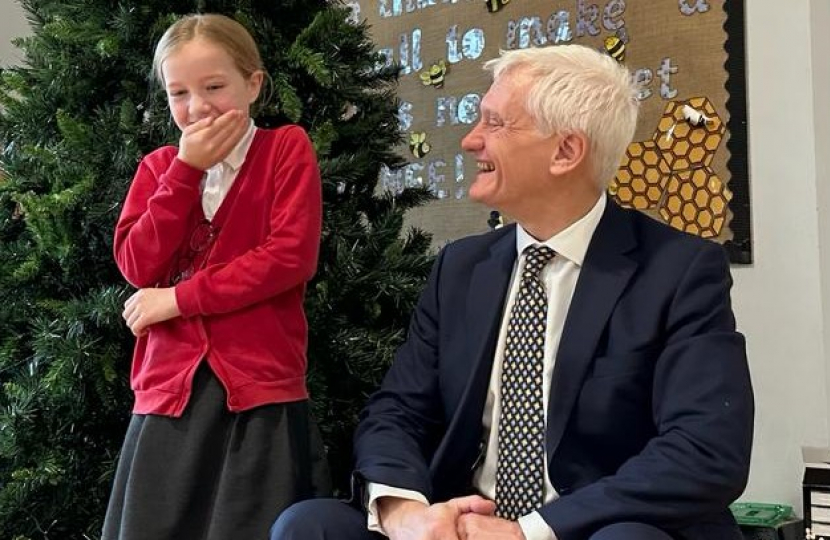 During his visit, Graham was given an informative tour by the school’s Prime Minister, William, before speaking to the school’s pupils at an assembly about his role as their MP.

This was followed by a Question and Answer session from pupils in Year 5 and 6 who asked Graham a range of interesting questions about the democratic process in the UK and what his plans are to ensure the UK achieves Net Zero, as Minister for Energy and Climate.

Beverley St Nicholas was rated ‘Good’ in its most recent OFSTED inspection in 2018 and was described in the report as a “warm and welcoming school”.

Rebecca Raisin, who is the Teacher and Careers Co-ordinator at the school, commented: “We were delighted to host Graham at our school. Our pupils enjoyed meeting him and asking him lots of questions about his role and politics as a whole.”

Following his visit to the school, Graham said: “I enjoyed my visit to Beverley St Nicholas and would like to thank William, Angel, and all of the pupils for making me feel so welcome. They all had very interesting questions and I look forward to seeing the positive difference they will make to our area.”