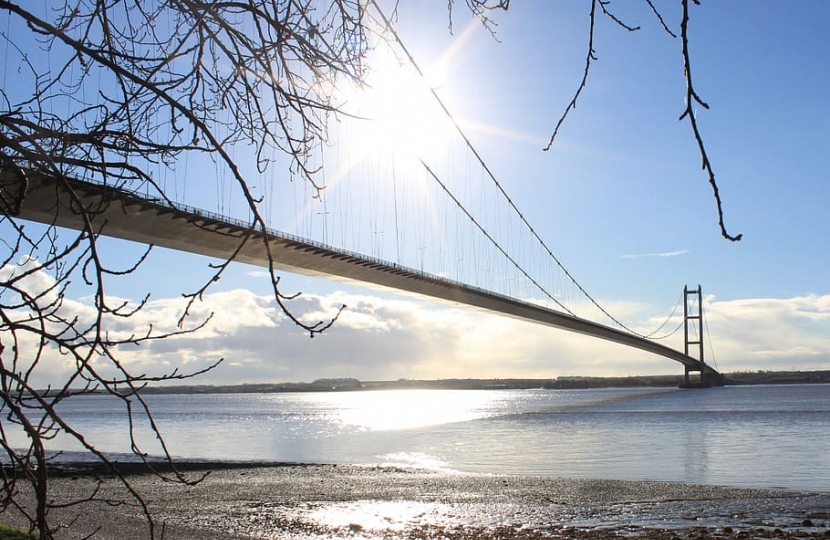 Graham Stuart, MP for Beverley and Holderness, has welcomed The Rt Hon Justine Greening as she made a visit to the Humber Bridge to mark the lowering of the toll. The charge has been halved, from £3 for a car to £1.50, following a lengthy campaign.

The decision by the Transport Secretary follows an announcement in the Autumn Statement, which reported on the review which was implemented by George Osborne on becoming Chancellor. The previous Labour Government had refused to contemplate such a move.

While visiting the bridge the Transport Secretary also had the opportunity to meet Sam Burton, a young man from the South Bank of the Humber, who has been able to start work as a cycle mechanic in Beverley as a result of the toll cut.

Graham said “I am glad that this long-fought campaign has been a success, and I want to thank the Secretary of State for visiting.

“For too long the people of Yorkshire and the Humber have suffered because of the high tolls. This cut puts money back into people’s pockets. Now the Humber Bridge can start boosting jobs, leisure and opportunity.”